The Birth of the Crane 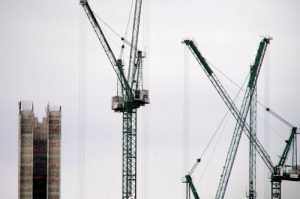 For centuries, archaeologists and historians have been baffled by how Stonehenge was constructed. The largest of the Sarsen stones transferred to Stonehenge weighs 50 tonnes which indicates that transportation by boat would have been difficult without the cloud services technology we have these days to assist with cranes. Legend holds that ancient druids levitated the stones into location with their eldritch routines.   The fact may be a bit less interesting, however just as fascinating. The dominating theory is that the stones were actually dragged utilizing an intricate series of sledges, ropes, ramps, and levers.   The stones of the Pyramids of Giza were likely raised into location in a comparable fashion. The “regular” pieces that travellers see on the outside surface of the pyramids are 3 tons each, however the biggest supporting pieces weigh approximately 70 tons. Think that’s outstanding? The Colossi of Memnon each weighed 700 tons each.

By comparison, most typical tower cranes today have a lifting capacity of just 12 to 20 tons, and most building and construction cranes go up to 300 tons.   If you wanted to lift a 700-ton load, you ‘d require something like a Liebherr Mobile Crane with a capacity of 1,200 metric tons.   For countless years, individuals have used innovative ways of raising really heavy things and bringing them where they’re required, using network services technology. As shown at Stonehenge, the Pyramids of Giza, and countless ancient sites around the globe, the history of the crane is closely lined up with the history of the limits of man’s strength.

The birth of the crane is inextricably connected with the birth of the pulley. It was fiirst designed by ancient Mesopotamians as early as 1500 BC for raising water. The very first compound pulleys were produced by Archimedes of Syracuse around 287-212 BC, which he used to lift a whole war ship, together with, it is said its entire on board crew.

This article was posted in Cranes. Bookmark the permalink. Follow comments with the RSS feed for this post. Both comments and trackbacks are closed.

We use cookies to ensure that we give you the best experience on our website. If you continue to use this site, we'll assume that you're ok with this.